6 DIY Projects You Should Never Do Yourself 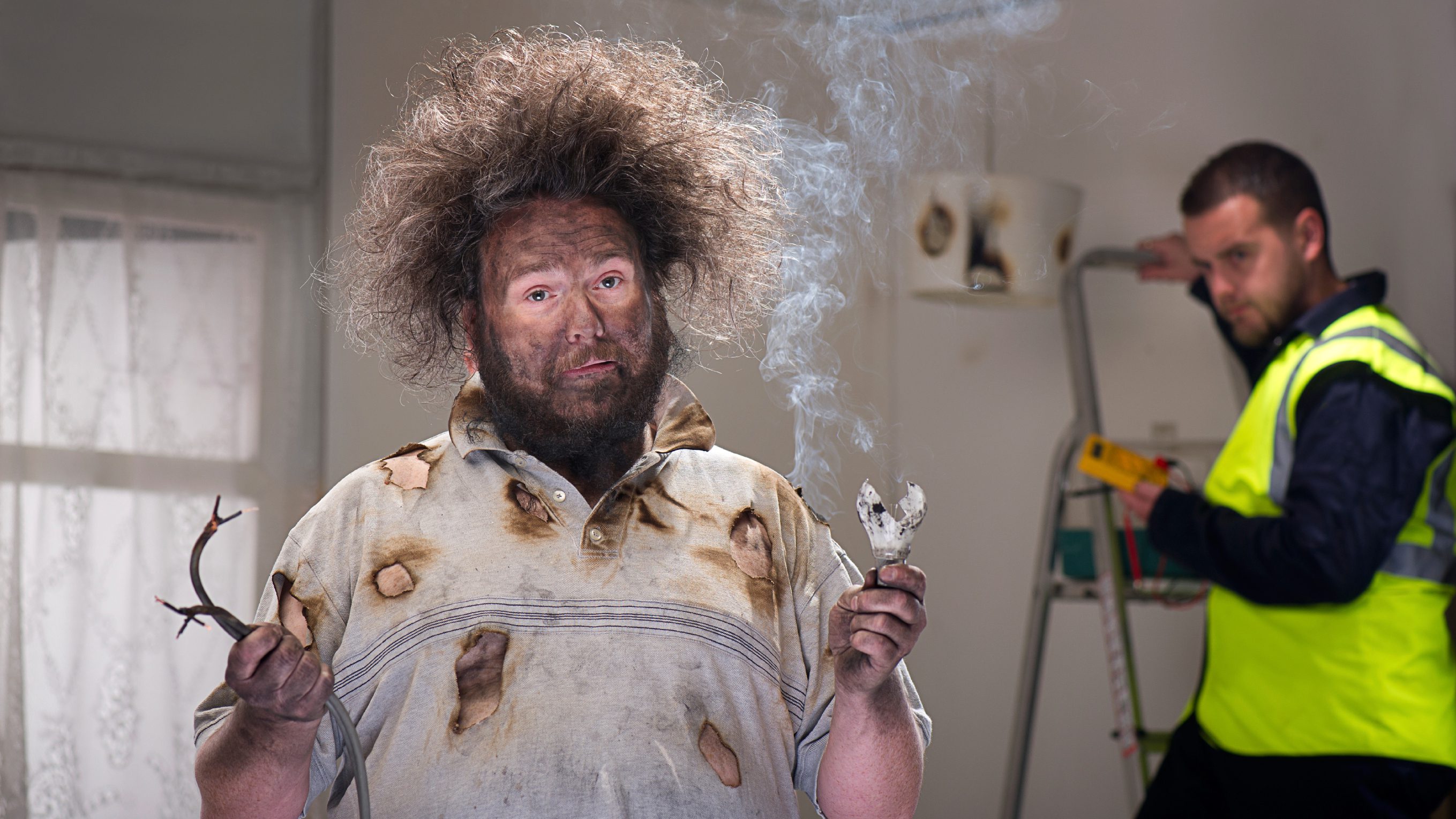 Whether you’re addicted to watching HGTV or “This Old House,” home improvement shows always make everything look so easy. But before you pick up the drill and sledgehammer, please pause for this public service announcement. “Those TV shows don’t show about 90% of what happens to complete a project,” says Arthur Sadura, owner of T&A Carpentry and Home Renovations.

As contractors know all too well, home improvement shows are more about people than projects; in their pursuit of drama and a compelling narrative, they bypass a whole lot of details about how repairs and renovations actually get done.

So for inspiration, TV or YouTube is a fine start. But beyond that, a little knowledge can be a dangerous thing. Certain jobs are too dangerous, others too complicated, and some too pricey as the equipment will cost as much as hiring a contractor.

“If you don’t know/own 90% of the tools and accessories you need for a project, then pro it,” recommends MyFixItUPLife‘s Mark Clement.

To help you avoid a ton of headaches or worse, here are six DIY projects to avoid like a misfiring nail gun.

How many inspiring episodes have you seen where a quick addition of crown molding classes up a room? But heed a word of caution here: “No walls in a house are perfectly straight, not even in new houses,” says Sadura. And no amount of caulk will smooth over these imperfections, either. In fact, Sadura says experts who do molding use various techniques such as scribing, which is painstakingly shaping your material with tools so it fits flush, to ensure your moldings are aligned and stay that way. All in all, it’s not for the amateur DIYer.

Renting equipment to refinish your hardwood floors sounds reasonable enough at first glance—after all, you’re just sanding off the top layer of wood. How hard can it be? Yet Sadura, a carpenter by trade, won’t even sand his own floors. Why? Because sanding machines require what he calls, “the right touch” by someone who does this day in and day out.

“No matter how many times you watch the video, you won’t get the feel for the machine unless you do it a bunch.” Sanding one spot a few seconds too long could result in drum marks on the floor that will be extremely difficult to cover up. And you thought you were saving money…

My spouse is actually quite handy. After watching electricians install dimmer switches in our old apartment, he was able to do it in subsequent homes—but it turns out he was lucky he didn’t blow up the place or electrocute himself. Sadura urges homeowners to steer clear of all electric except changing a light bulb.

“You shouldn’t fool around with electric,” says Sadura. If you do want to DIY a dimmer switch, “YouTube is a good source of electrical tutorials,” he admits. “But a good rule of thumb is if your wires look different from what you are watching, abandon the project to avoid having to guess.”

With more than 400 deaths per year resulting from faulty electricity, according to the Electrical Safety Foundation, this isn’t worth the risk.

This one is not an absolute don’t, but a great-looking tile job does require a lot more planning than just slapping squares on the floor or wall, then admiring your work. Even if you lay out the tile, measure and measure again, you will need to cut edges and around things such as faucets—and prepare to scale a steep learning curve cutting tile. Glass mosaic tiles are among the toughest to cut. You’re probably thinking, I’ll get big tiles so there are fewer to install. Not so fast: Large format tiles are even harder to cut than tiny glass mosaic ones, according to Sadura, and there’s lots of waste. Which is why it pays to save yourself the trouble and hire a professional already.

Both Clement and Sadura agree: Steer clear of the roof. Did you get that?

“It’s not that roofing is too hard,” explains Clement. “Often it’s just a matter of scale.” And something else: danger. In fact, Sadura goes further, recommending that regular folk avoid any exterior projects that involve scaffolding “for obvious reasons.”

According to the National Safety Council, more than 6,000 Americans die each year from falls, mostly from roofs or ladders while cleaning gutters or fixing roofing.

If you don’t really understand how to get the permit—or if or why you need one in the first place—avoid the project. You need to fully understand what’s entailed in a DIY that requires getting a permit in the first place. Many DIYers skip permits altogether, but they risk being shut down if spotted by an inspector or if a neighbor seeking revenge narcs on them.

“But you also risk something worse than inconvenience,” says Clement. “Namely, problems selling the house.” Why? Because you must disclose unpermitted work when selling. This causes a chain reaction, because buyers might be unwilling to take on a home rife with potentially dangerous work. And they might have trouble financing due to the unlawful alterations to the home.

You want a general rule of thumb? Typically, painting, built-ins, or simple projects such as adding a chandelier don’t require permits. Once your’e changing the footprint of a house, updating wiring, and adding fences (because municipalities usually have height restrictions), you need a permit—which mans you should probably call a contractor pronto.